The Alliance for Space Development is comprised of organizations dedicated to make settlement and development a clearly defined part of why we are sending humans into space. 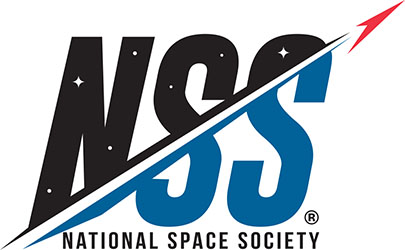 The National Space Society (NSS) is an independent, educational, grassroots, non-profit organization dedicated to the creation of a spacefaring civilization.  NSS is widely acknowledged as an important citizen’s voice on space.  NSS has over 50 chapters in the United States and around the world. NSS’s vision is people living and working in thriving communities beyond the Earth, and the use of the vast resources of space for the dramatic betterment of humanity.

The Space Frontier Foundation is an organization of people dedicated to opening the Space Frontier to human settlement as rapidly as possible. Our goals include protecting the Earth’s fragile biosphere and creating a freer and more prosperous life for each generation by using the unlimited energy and material resources of space. Our purpose is to unleash the power of free enterprise and lead a united humanity permanently into the Solar System.

Foundation for the Future

From space transportation to space workforce education, we are the bridge between civil space and federal policy; creating an ecosystem of commerce for companies, innovators, and leaders who are building the future of America.

The Lifeboat Foundation is a nonprofit nongovernmental organization dedicated to encouraging scientific advancements while helping humanity survive existential risks and possible misuse of increasingly powerful technologies, including genetic engineering, nanotechnology, and robotics/AI, as we move towards the Singularity.

To inspire the next generation of explorers through astounding new STEM projects & research initiatives. The mission of the Mars Homestead Project is to design, fund, build and operate the first permanent settlement on Mars. The initial goal for the Mars Homestead Project is to identify the core technologies needed for an economical, growing Mars Base built primarily with local materials. Efforts will then be focused on prototype projects of increasing sophistication. These could include the selection of existing equipment which could be used on Mars, or the construction of prototypes of new equipment. These steps will lead the Mars Foundation to the establishment of an entire simulated Mars settlement at a location here on Earth, which will serve as a research and outreach center.

Starting small, with hitchhiker payloads on government-funded missions, we intend to use the credibility such activities engenders to mobilize larger resources, further enabling private robotic missions and ultimately human exploration and settlement of Mars.

The Moon Society seeks to inspire and involve people from all over the world and from all walks of life in the continued study and exploration of the Moon with the goal of accelerating the day when there will be civilian settlements on the Moon, making use of local resources through private enterprise both to support the pioneers themselves and to help alleviate Earth’s stubborn energy and environmental problems.

The Space Development Foundation (SDF), is a non-profit private entity focused on advocating, orchestrating, and assisting in the implementation of technology development work which fosters space development in earnest.  SDF works directly and indirectly providing support to programs and projects conducted by established public charities, as well as fostering innovative public/private partnerships through independent actions in support of it’s mission.

Space for Humanity is a non-profit organization whose mission is to send 10,000 citizen astronauts to space over the next 10 years. Space for Humanity is leveraging the power of space to improve humanity for our world by providing an experience that will expand an individual’s perspective on what it means to be a human on earth. Through group experience, and through a diverse selection process, Space for Humanity hopes to help take our species forward into a brighter future.

Space Renaissance USA, Inc., (SRI-US) is an open-membership volunteer organization that is dedicated to promoting U.S. leadership of private industry led human expansion into extraterrestrial space, the Moon and planets, by facilitating a change in U.S. public perception and government policy towards space travel.

We set the vision: Imagine floating in zero gravity while gazing at our beautiful planet Earth majestically rolling by your view port. Millions of people from around the world would love to have such a wonderful life-enhancing experience. Founded in 1996, the Space Tourism Society is the first organization specifically focused on the space tourism industry.

Our mission: To conduct the research, build public desire, and acquire the financial and political power to make space tourism available to as many people as possible as soon as possible.

Students of the Exploration and Development of Space

SEDS is an independent, student-based organization which promotes the exploration and development of space. SEDS pursues this mission by educating people about the benefits of space, by supporting a network of interested students, by providing an opportunity for members to develop their leadership skills, and inspiring people through our involvement in space-related projects. SEDS believes in a space-faring civilization and that focusing the enthusiasm of young people is the key to our future in space.

The mission of Tea Party in Space is to educate and engage the American people and their elected representatives in applying the core principles of fiscal responsibility, limited government, and free markets to the rapid and permanent expansion of American civilization into the space frontier, focusing on strategies for privatization, deregulation, and appropriate technology development partnerships between government institutions and the private sector.

The WayPaver Foundation is a research-guided institution that supports technological, political, economic, and legal development in furtherance of lunar settlement. The Foundation is dedicated to creating a future where humans live sustainably on the Moon, Earth, and beyond. Through collaborative research and targeted grant making, it seeks to advance technology that will not only help open the lunar frontier to humankind but also improve quality of life for billions of people around the world.